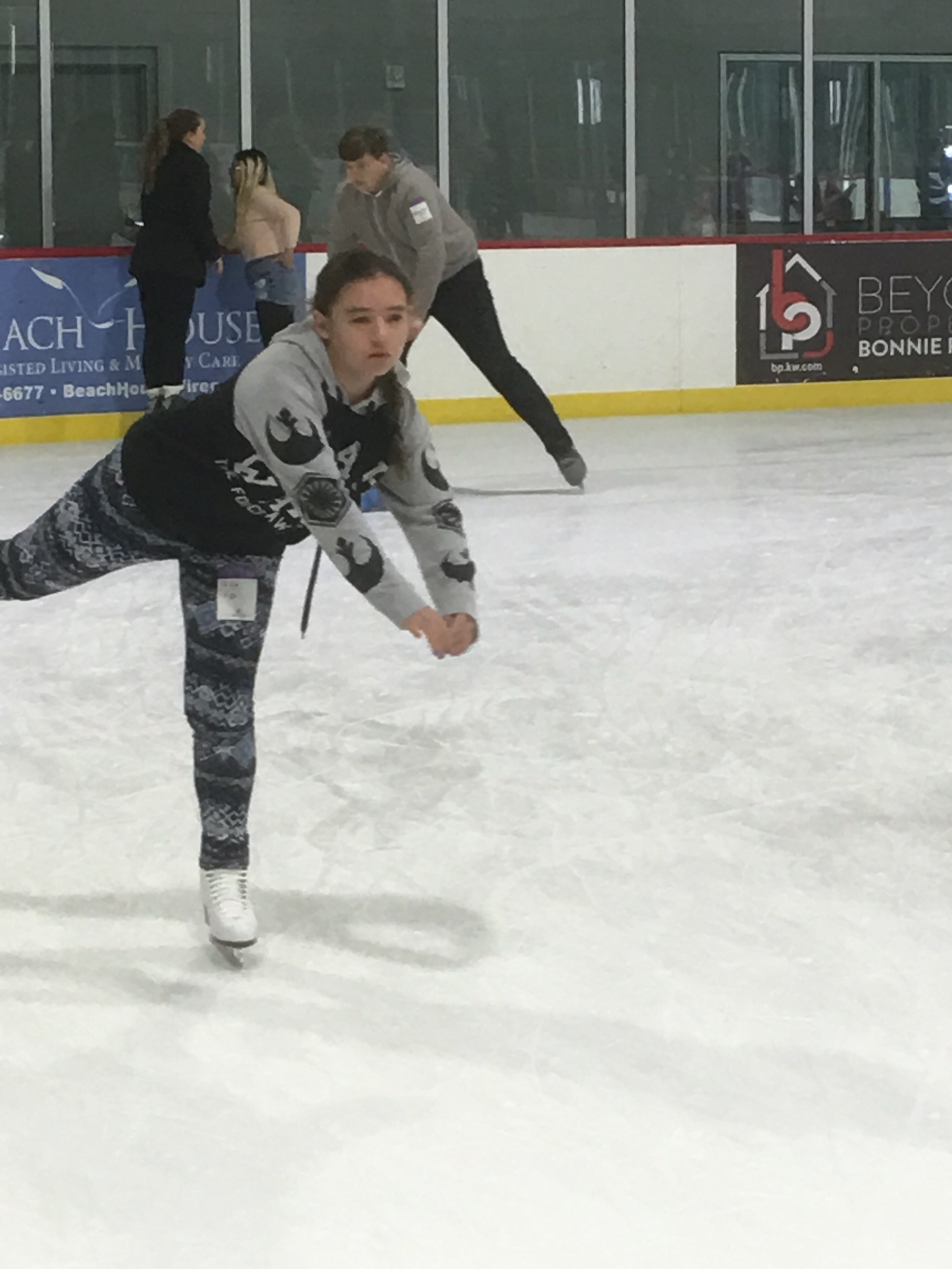 Skating in Florida? Really? Most people wouldn’t normally think about figure skating in a state like Florida because of how hot it is. I was inspired to do figure skating by my favorite figure skater Gracie Gold. Gracie’s full name is Grace Elizabeth Gold. She is 22 years old and she is the 2012 world junior silver medalist and a two-time U.S. national champion (2014 and 2016). At the 2014 Winter Olympics in Sochi, Gold received a bronze medal in the team event and placed fourth in the Ladies’ single skating competition. It’s amazing how Gracie Gold shows so much focus during her routines! “I perform my best when I stay fully in each moment” -Gracie Gold.

Figure Skating is a sport in which individuals, duos, or groups perform on figure skates on ice. It was the first winter sport included in the Olympics, in 1908. The four Olympic disciplines are men’s singles, ladies’ singles, pair skating and ice dancing. Non-Olympic disciplines include synchronized skating and four skating. From novice through senior-level competition, skaters generally perform two programs (short and long) which, depending on the discipline, may include spins, jumps, moves in the field, lifts, throw jumps, and death spirals. The highest governing body was the International Skating Union. Figure Skating was also part of the first Winter Olympics in 1924 to today.

Before meeting my figure skating coach, Laia Bove Imhoff, I was slightly nervous but she was very enjoyable. She competed nationally and internationally for the National Selection Team in both Freestyle and Theater on Ice at the Junior and Senior level. She also skated professionally with both Holiday on ice and Disney on Ice shows for 5 years. She also does yoga here in Tampa.

On the way to my first lesson, I was very nervous but got through it. In my first lesson I was doing stuff I’ve never done before and it was hard, but I know I will get better within time. Before my second Figure Skating lesson, I was really excited and couldn’t wait to get started! In my second lesson, I learned to balance on one leg without falling. My third lesson went way better than my first two. I am able to keep my balance longer on one leg and can grab my blade without falling. I’m also able to do some turns now!

from these past lessons, I learned a lot of techniques like balancing techniques and able to do certain things without falling like grabbing my blade and holding it there for a while.

If you are interested in figure skating or want to learn how to ice skate you either call Florida Hospital Center Ice or go to their website “floridahospitalcenterice.com.”

If you want to do private lessons on figure skating they have all the coaches listed on their website with their emails.

Figure skating is so much fun. You can learn how to skate and how to do some pretty cool things. I would definitely recommend doing figure skating.

If you want to see Gracie Gold skating click here