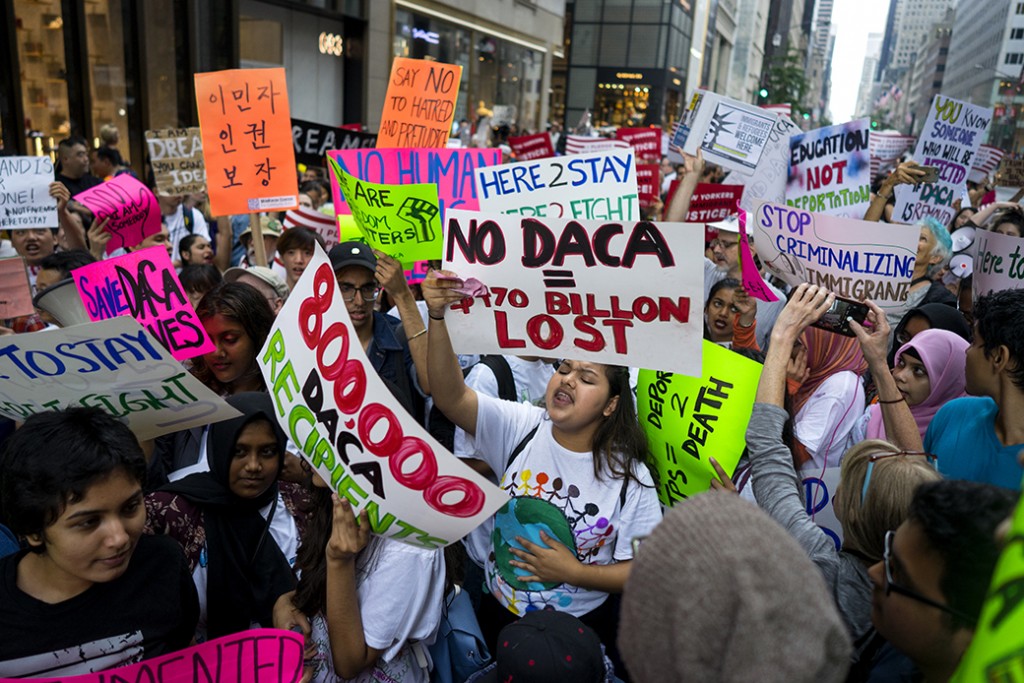 You were born in the Dominican Republic but brought to the United States when you were less than a year old. The United States is the only thing you’ve ever learned to call home. Then, you find out the president of the United States wants to send you back to the place you have no memory of because “you don’t belong here.” Sounds like fiction. However, this is the harsh and devastating reality for many Americans at this point in time.

President Donald J. Trump is currently fighting for a repeal on DACA. For those who are unaffected or just unaware of what DACA is and just how it protects so many families; DACA stands for “deferred action for childhood arrivals.” DACA states that if you were brought to America as a child, but do not have your papers; you are still protected and unable to be deported from America, your home. DACA was formed by former President Barack Obama and his administration in June 2012. The program does not essentially grant an immigrant citizenship of the United States but provides a period of protection from deportation from America. However, in order for immigrants to be able to apply for this program, they have to have been in the United States prior to 2007, have completed some form of education, have a passport, have proof that they had five years of continuous residence in the United States, and show employment records or/and an expired VISA. It is not possible for people to age out of the system; if they are 31 or older, they would be able to apply for a DACA renewal.

Currently, initial requests to enter the program are being denied. This means that the government is denying protection for anybody who wants to apply for the program or renew themselves because they are 31 years old or older. This puts many Americans in grave danger of deportation from their home. An upper division student, who has asked to remain unnamed due to the safety of them and their family, has offered to share their story with the Academy community.

When their grandfather was under a year old, he was brought to the United States by his mother. He was born in the country of Honduras but has no memory of the country for he had only been there as a newborn. The student described how their family was raised around a Colombian background and was not really in touch with their grandfather’s Honduran culture. Overall, they described just how little their family knew of the country and how their grandfather had no memory of it at all. Since their grandfather arrived in the United States, he and the family of the student have been fighting to get his papers and make him a citizen by law. The system had and continues to fail him with his efforts of becoming an American. Their grandfather described that he applied for the DACA program when it was first established, and he felt an instant feeling of relief that he could stay in his home for a certain period of time by law. While under DACA’s protection, he continued to fight for his papers of citizenship but complications continued, and he is still unable to make the full transition to a citizen of the United States. The student described that their grandfather’s renewal proposal would be due in a couple of months, but as stated before, the program is no longer accepting renewal proposals. Hearing this story, it touched the hearts of several Academy at the Lakes students as they learned the importance of the program and how close to home it really is.

What do you think about the repeal of DACA? Post your thoughts in the comments below!

For more information on DACA, and to know if you are eligible to apply click here and encourage students to fight for dreamers.